Friends of contemporary music met on a hot windy afternoon, Tuesday, July 12th in Newport, Rhode Island to hear a performance by Sō Percussion. These are no ordinary drummers.  In residence at Princeton, the quartet performs outreach, partners with local musicians, and leads an annual chamber music seminar for percussionists and composers. The group knocked my socks off with their demonstration of what four musicians can do with rhythm and music and non-traditional instruments.

Jason Treuting, the sole remaining founding member, introduced the group and the concert with consideration for the trepidation audiences have about hearing contemporary ensembles. The program did however feature works by familiar composers. Julia Wolfe’s, Dark Full Ride, opened the afternoon concert with the musicians arranged in a tight quadrant, weaving tones and reverberations as they drummed on hi-hats, a set of cymbals with a pedal. The four kept a concentrated steady beat as one musician passed the tempo to the next, and so on. In the final minute, the rhythm unified in a frenetic release and a final shudder on the last beat. 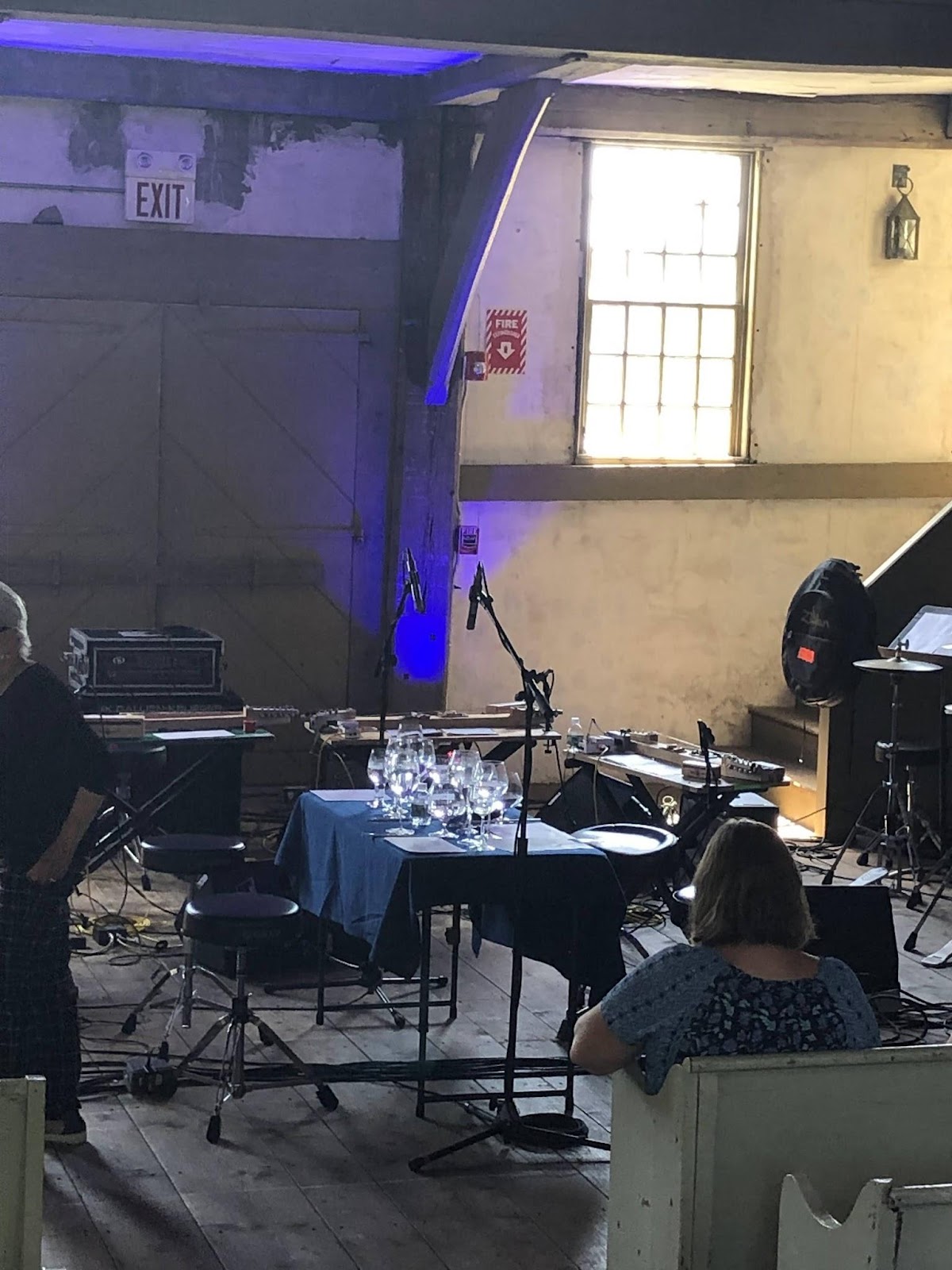 Whether or not Viet Cuong’s 1990 instrumental piece Water, Wine, Brandy, Brine was included on the program for amusement, or to exhibit the musicality of wine glasses, or to demonstrate the incredible concentration of the musicians, it wasn’t clear. The piece succeeded on all counts. The drummers sat across from each other at a table covered with various wine glasses filled with water, postponing the brine versus brandy discussion. The varied-sized goblets were raised and clinked when right met right, and left met left. Only exquisite music spilled from the clinking glasses. The piece drew to a shimmering close when wetted index fingers gleaned mesmerizing hums from the glasses’ edge.

Nathalie Joachim’s Notes to Self reinterpreted how instruments interact in a chamber music performance.  Essentially a sonata in three movements, the layered musical lines wound in and around the recorded composer’s voice.  The first movement, Much More, set up an inquisitive narrative arc , the second movement, Maybe, rolled like a New Orleans funeral band, and expansive energy roared in the final movement, Motivation, a perfect anthem for Monday mornings.

The concert was a supper served in courses that ended with the main dish, Bryce Dessner’s Music for Wood and Strings.  The title reminded me of Mendelssohn’s quintet for strings and oboe, but the wood was a block and the strings were entirely new instruments, constructed by Aron Sanchez of Blue Man Group with Dessner’s guidance. The multi-stringed instruments, similar to a dulcimer, were played with drumsticks, hands, child-sized bows, and mallets. Thumbs slid along the strings and fingers plucked individual strings, exchanging themes like traditional chamber works. The snare drum supported the contrapuntal layers until all of the voices joined in choral unison.

Sō Percussion redefines the verb “perform.”  Founded in 1999, the group routinely challenges the norms of musical expression and they’ve received recognition for their innovations. In 2022, they won a Grammy for Best Composition for the Narrow Sea recorded with Gilbert Kalish, Caroline Shaw, and Dawn Upshaw.